"I feel as if I have learnt so much information in real depth, more than I thought I would - so much more."  KW

The Jikiden Reiki Training courses replicate those Chiyoko Yamaguchi and her family attended regularly back in the 1930s.

The courses taught are:

I was an English teacher in Japan when I first met Chiyoko and Tadao Yamaguchi. I learned Shoden and Okuden with them in 2002. After that, because I was lucky enough to live close to the Jikiden Reiki Centre, I went to every training I could, whether it was in English or Japanese. I wanted to immerse myself in it so that I could really begin to understand the deeper levels of what Reiki is and how the Japanese understand it.

I became a Shihankaku with Chiyoko Yamaguchi in early 2003 and practiced giving Reiju at the trainings from then on. After Chiyoko Yamaguchi passed away in August 2003, I continued learning and attending the seminars with her son, Tadao Yamaguchi.

I took the Shihan training in May 2006, I'd waited as I only needed to take it because I was leaving Japan to go and teach Jikiden Reiki on my own. In 2016, I returned to Japan to take the Dai-shihan or senior teacher.

I attended and assisted in a large number of courses during my time in Japan and was fortunate enough to teach alongside Mr Yamaguchi in Europe and Japan. Since leaving Japan in 2006 I have taught many courses across the world. I have a strong grasp of the material and the important concepts and culture behind it, and I teach the course in the same way that Mr Yamaguchi teaches. I'm incredibly grateful for the opportunity to share this wonderful healing method with others.

I am happy to teach these courses worldwide. If you have a group of people who would like to learn, contact me and we will see if we can arrange something.

sharing this with others was obvious.

I was delighted to be a part of something so inspiring.

people only and not something that could be taught.

What a revelation!  PO 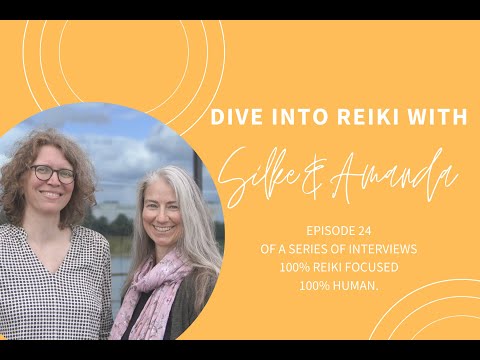 Do you have your 'things'?

The book Women in Reiki - lifetimes dedicated to healing in 1930s Japan and today will be available to buy from July 27, 2021.

Women in Reiki traces the lives of several Japanese women practising and teaching Reiki in Japan from the 1930s onwards and places their lives and actions in historical and cultural context. It looks at what Reiki is from the traditional cultural context and follows several teachers across the world today to learn how they are using Reiki and what are the most important aspects for them in their everyday lives.

You can learn more about the book and find out where to buy it at www.womeninreiki.com